Worshipful Wednesday: Owner of the Nations

Rise up, O God, and execute judgment on the earth! For you own all the nations. 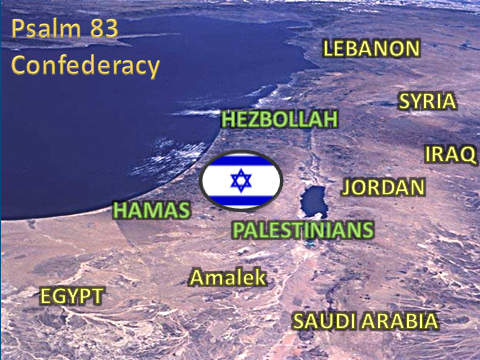 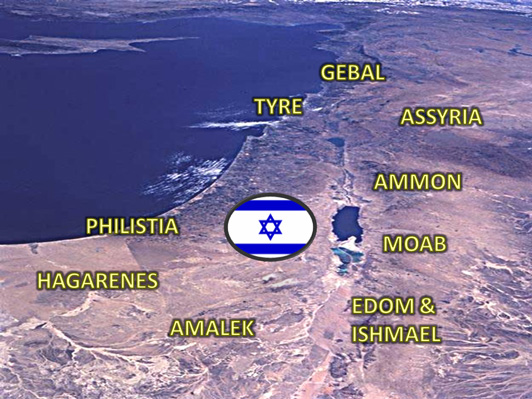 4 They say, “Come on, let’s annihilate them so they are no longer a nation! Then the name of Israel will be remembered no more.” 5 Yes, they devise a unified strategy; they form an alliance against you. 6 It includes the tents of Edom and the Ishmaelites, Moab and the Hagrites,”

16 “Cover their faces with shame, so they might seek you, O LORD. 17 May they be humiliated and continually terrified! May they die in shame! 18 Then they will know that you alone are the LORD, the sovereign king over all the earth.”

As I read from my Bible plan this morning, I could not help but see the Scriptures above as being fulfilled right now during our time.  Upon examination, looking into the history of each people group mentioned as enemies of God’s people, it is amazing to see how small choices can impact families, people groups, nations, the world and all eternity.

Esau and Ham were both cursed for a moment of weakness indulging their flesh.  Esau was the favored son of Issac, but he was lazy and and took for granted his position… all over Lentil soup.  I am thinking it would have taken some more prized food than that to tempt him away from leaving behind his identity in Christ.  Tricked out of his birthright, he ended up an enemy of God’s people.  It hardly seems fair, and yet God knows the heart and His choice was Jacob.

Noah knew his son’s heart, and though it was a moment of indiscretion and mockery, Ham was foolish and not who God’s promise would be through.  His descendants apparently did not learn a lesson from their ancestor regarding walking in wisdom and restraining the curious sins of the flesh.

Lot just dumbfounds me.  He was spared by God because of the faithfulness of Lot’s uncle, Abraham, and his prayers on his behalf.  Yet his descendants became enemies of God’s people.  He surrounded himself by a godless people and grew comfortable there.  Given a choice as to where he would live, he inched closer and closer to Sodom and Gomorrah until he was smack dab in the middle of a fleshly, lustful environment.  He even offered his own daughters up to wicked men as potential sex slaves when the wicked men of his city wanted to molest the angels who were visiting Lot.  No wonder his daughters did not know right and wrong and opted to inebriate their father and bear his children.  Moab and Ammon resulted from their sin and are also modern day enemies of God’s people.  Keeping ourselves unpolluted is not enough. Our children need to be taught what it means to fear the LORD.

Enter the Hagites and Ishmaelites, who come from Hagar, who was Sarah’s backup plan when it seemed like God was taking too long to fulfill His promise.  The root from Sarah’s and Lot’s daughters’ decisions was impatience and a lack of trust in God.  What if they had not acted on their desires and just waited on God?  We will never know.

What a mess.  Oh how the heart of God grieves over the sinful choices man makes in His attempt to rule himself.  The consequences for decisions made outside of God’s will are painful and long lasting.  Distrust in God and impatience for the unfolding of His plan will not produce blessings, only hardship and pain for those who come behind us.  The motivation for acting outside of God’s will is idolatry – our desires become our god.

But what intrigues me the most are the Assyrians -they were not who I expected to be the enemies of God.  Surrounded by lands who worship false gods, the modern-day Assyrians are Christians in a land we are familiar with, that was once Ninevah.  Jonah’s obedience still paying off, perhaps?  How is it that Christians, who were grafted in to God’s promise to Israel, could ever be an enemy of Israel’s?

Ultimately, all of the enemies of God’s people are enemies of God.  They do not remember that He is the Father of all nations, the One Who made us all.  They want the favor of God their way and the fruit of their deeds goes before them and will be judged by the God of our universe.

Be ready.  The pieces are moving into place and the nations surrounding Israel think their plan is firm, but the One Who owns it all has a plan and it will stand.  Isn’t He amazing?  He gave us free will and we made a mess of things, but in the end He will work everything for good, because He can!

Lord, I am amazed at You.  Our hearts can fear when we see the circumstances in the world today, but to know that You are sovereign and in complete control is our source of everlasting comfort.  Have Your way, LORD, and defeat the enemies, as David prayed, that they might seek You and know You as the One true King who rules over all.