Hope in Christ – The Remedy for Shame 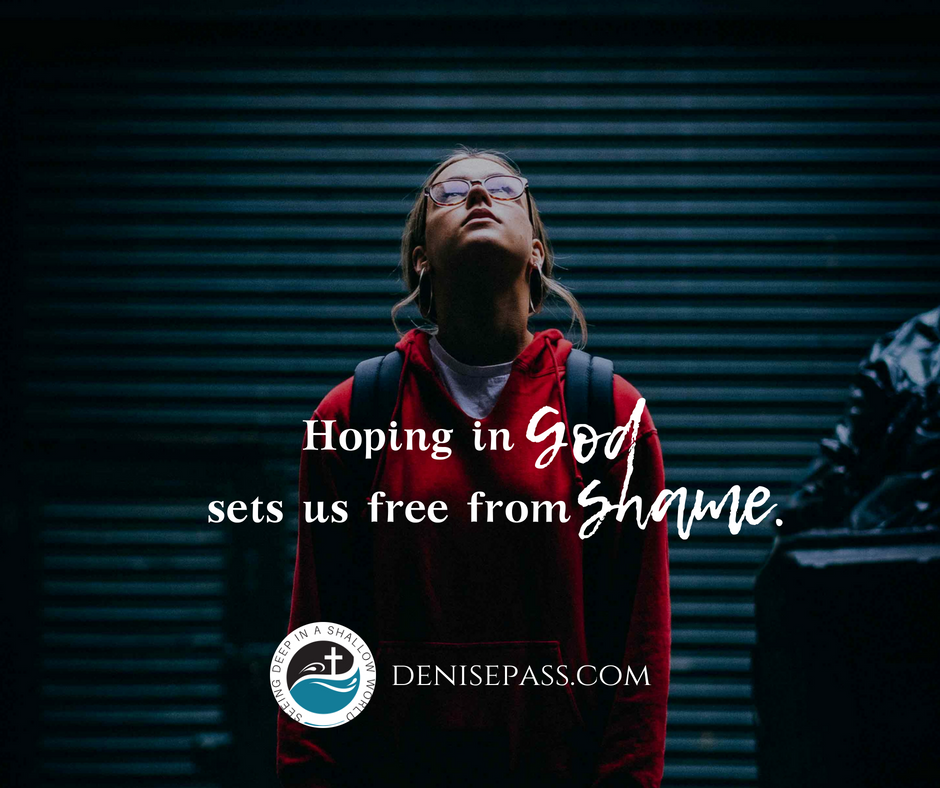 Scripture of the day:

“No one who hopes in you will ever be put to shame, but shame will come on those who are treacherous without cause.”

Hope Revelation of the Day:

Hoping in God sets us free from shame.

I was only 13, but the ridicule of those around me impacted me in such a deep way. It wasn’t true what they said, but the threats and the words pierced me . . . and I believed them. The sweaty palms and rapid heartbeat clued me in that fear was mixed with the shame I felt and I did not know how to get out of the fix I was in.

It wasn’t enough that I had gone through significant trials that year. My parent’s divorce and moving 6 times left me feeling buried in a cloud I could not get out of. But to be threatened constantly with taunts of people who wanted to beat me up because of my appearance sent me to an even deeper level of shame.

Funny how numbers impacts shame. When one person says something about us, it hurts, but when they compound the shame by inviting others to participate, it just feels overwhelming. But at the moment of shame we have a choice. A secret. Hoping not for our fame or acceptance, but simply hoping in Christ is our greatest weapon against shame.

Simply hoping in Christ is our greatest weapon against shame.

Sometimes it will seem crazy or moot to hope when we are surrounded by shame. But we have some pretty amazing examples in Scripture of those who have gone before us who have hoped against all odds. Some commentaries put this Psalm as occurring during Absalom’s rebellion against David. There was surely shame that David was feeling during this time as he fled from his own son who sought to kill him and take his position and also had sexual relations with his concubines on the roof of his house. Shame indeed.

But David hoped in that place of shame. Not a vain hope. A confident, expectant one. And his shame dissolved. Right smack dab in the middle of shame. How? His focus wasn’t on the shame. Sure, he felt it deeply. It hurt to be betrayed by his son who he loved. The sting of shame hurts more when it is from someone we trusted, right? But David knew who He trusted in was greater than the shame itself.

God is greater than our shame.

So how do we hope when life hurts so much? How do we rise above shame’s sting? Clinging to His Word. Praying and crying out to our living God. Trusting in the character of God and in His promises right in the middle of our pain. This kind of hope does not let the shame keep us bound. It recognizes the power of shame, but knows that God’s power is greater. Shame is temporary. God’s deliverance is eternal. When we keep trusting, keep pressing in, we will have victory.

The shame I felt in that season of my life was profound . . . but it was momentary. I remember starting to go to church at that time and praying to God to help me. I did not know the LORD well yet, but I knew He was the only source of real hope. And God delivered. All of the attacks during that time were thwarted by my great God. It was a challenging season, but also a formative lesson of what it meant to rely on God instead of man.

When shame covers us from our own actions or others, we have One who understands and can deliver us. Our hope is not in the removal of shame, but in the One who enables us to rise above it until shame is no more. Hoping in God sets us free from shame.

If you have encountered shame and just don’t know how to deal with it, my book, Shame Off You provides a biblical remedy for all shame we encounter. And we are now in the midst of the book launch for Shame Off You, so you can get the first three chapters for free, along with a Scripture Resource Guide and other goodies to help you snuff out and overcome shame. Check out the pre-buy offer below and other opportunities going on now in the Shame Off You book launch.

Welcome to the Shame Off You life, friends! 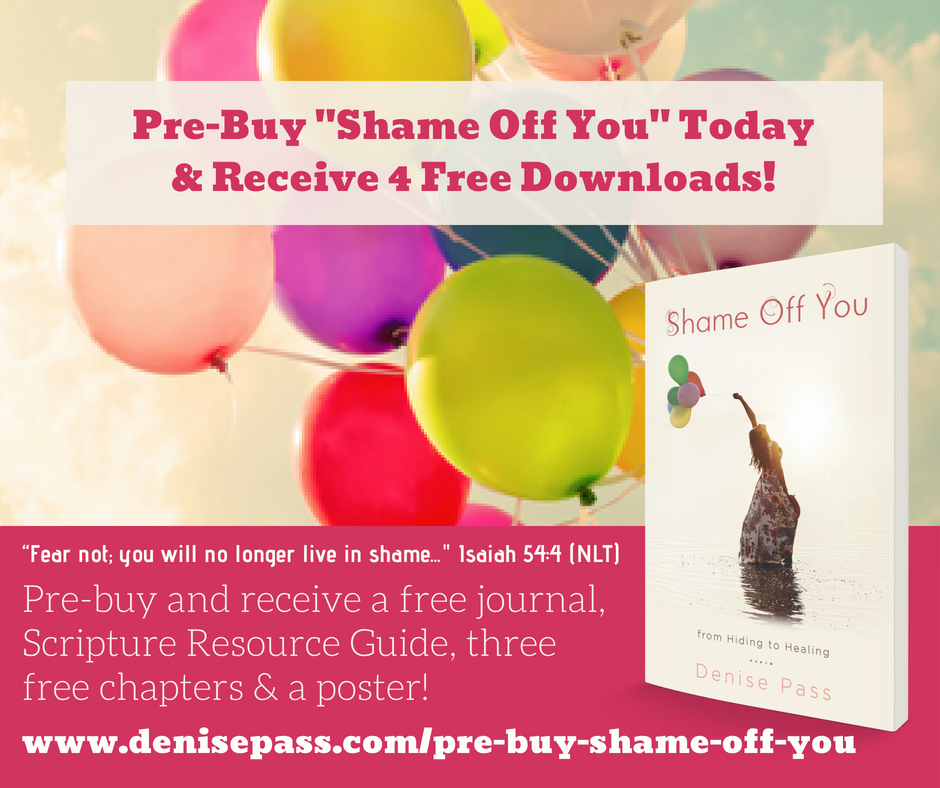 Want to be a part of the book launch and receive a free Advanced Reader copy or other fun prizes? Come on over and apply to join!